Inhaltsverzeichnis einblenden
Inhaltsverzeichnis ausblenden
The goal of the D-Jet project is to construct a small jet for an emerging market segment with a significantly lower price-performance ratio than earlier business jets, better performance with regard to the cruising speed and the rate of climb, short runway requirements for takeoff and landing, as well as a total registered weight under 2,000 kilograms.

All-metal single or twin-engine aircraft powered by large-volume turbocharged piston engines are the state of the art in the target market segment. The main disadvantage is that these engines can only be operated with leaded aviation fuel. The availability of this fuel in the future is questionable because of the required lead addition.

Furthermore, this fuel is in any case only available in those countries where "general aviation" is operated to some extent. In contrast, jet engines are powered by kerosene, which is available at every airport for commercial aircraft and helicopters in the world.

The high-performance piston engines have a certain susceptibility to failure, which is why predominantly twin-engine aircraft are preferred in this market segment. Jet engines are much more reliable than piston engines. All-metal construction, which is currently used predominantly both in the piston and the jet sector, has disadvantages compared to carbon fibre reinforced materials in terms of weight, aerodynamics and production costs.

Previous business jets have two jet engines, higher performance, and are thus in terms of weight and cost far from the piston engine aircraft specified above. The powerful propeller aircraft as well as the business jets have a pressurised cabin to allow flights over 13,000 feet. For economic and weather reasons, usual cruising altitudes are between 20,000 and 41,000 feet.

At the beginning of the project, two different US manufacturers (Pratt & Whitney, Williams) were at an advanced stage of the development of smaller jet engines, which due to their high bypass ratio achieved lower fuel consumption. At the same time, this allowed the achievement of lower noise emissions.

The essential point for Diamond Aircraft and its price competitiveness in this market segment is the use of just one engine. This is due to these small engines' being significantly more expensive than turbocharged piston engines. The Diamond Aircraft development team had at that time already created a concept for constructing such a jet engine. The cabin construction of the D-Jet is novel for Diamond due to cabin pressurisation. For this purpose, the know-how is sourced from the university and academic research. In order to use the gained knowledge for further projects in the future too, there will be a know-how transfer in several areas.

After the completion of all project phases, the expected goal is the approval and start of serial production. 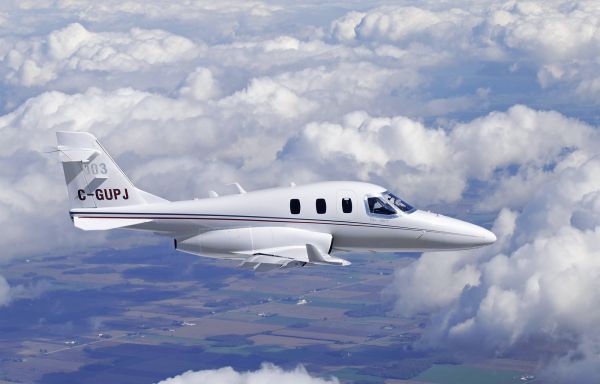 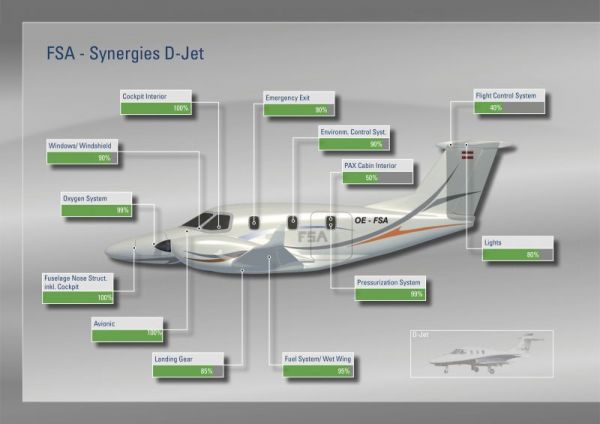