Inhaltsverzeichnis einblenden
Inhaltsverzeichnis ausblenden
Within the DEMONA framework, the integration of an unmanned aerial vehicle into civil airspace and therein used flight guidance, which is based on the Galileo satellite navigation system, will be carried out for the first time in Austria. For this purpose, subsystems for navigation receiver, navigation data fusion, airspace demarcation, data link and collision prevention are to be integrated into a small UAS, and flight testing based on instrument procedures is to be carried out.

The integration of Remotely Piloted Aircraft Systems (RPAS) into the civil airspace that is not delimited follows a roadmap of the European Commission. In a first step, the focus was on enabling the operation of (according to Austrian law) Class 1 aircraft within the direct line of sight of the remote pilot and below the visual line of sight (VLOS).

It is only later that integration should take place beyond the direct line of sight and above the VLOS. While UAS and RPAS Class 1 have the Airworthiness and Operational Notice No. 67 (LBTH 67) as a basis for approval, UAS Class 2 aircraft are treated like civil aircraft according to current legislation, and need to be incorporated into the aviation operational framework to obtain type certification.

As part of the "Austrian Unmanned Aerial System for Civilian Missions" study, the need for technology and research was identified in order to be able to operate UAS outside the direct line of sight of the remote pilot. The project proposal "DEMONA" aims to achieve an innovation leap in this area.

The consortium pursues three paramount goals to improve the international visibility of the research and dissemination at expert meetings:

The elements of the UAS reference architecture (airframe of the flight system, power supply, ground station/flight control with telemetry, navigation module with geo-fencing, Detect & Avoid module, rescue system) were gradually developed, tested and integrated both on the laboratory scale and in flight test. The trial approval of the system was obtained on the basis of a specific risk analysis, which allowed the use of an airframe in accordance with the specifications for large models. The instrument procedures were determined and tested on the basis of the general conditions of the Klagenfurt airport.

At the time of the project launch, there were no class 2 civil UAS in Austria. A first-time flight test of such a category (the "Specific" category, according to the now applicable EU regulation) in airspace class D therefore represents a national benchmark and an internationally recognised milestone on the way to the integration of unmanned aerial systems into the airspace.

The overall project goals were consistently achieved. In place of the planned testing in airspace class G, the testing took place under much stricter requirements in the control zone of an international airport (class D). 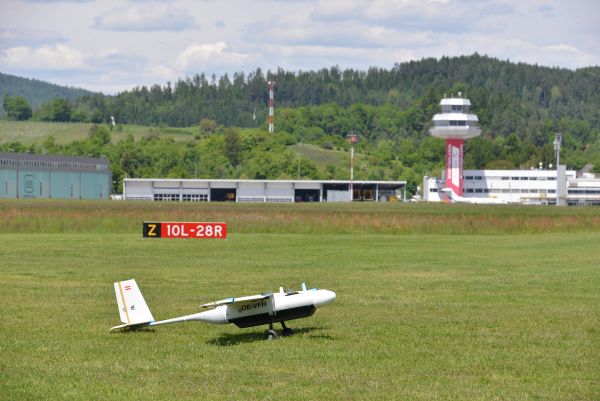 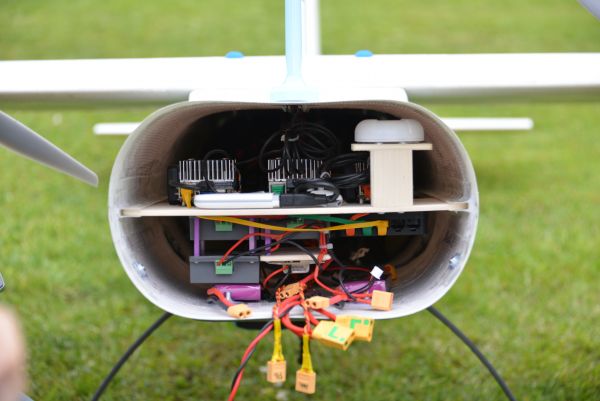 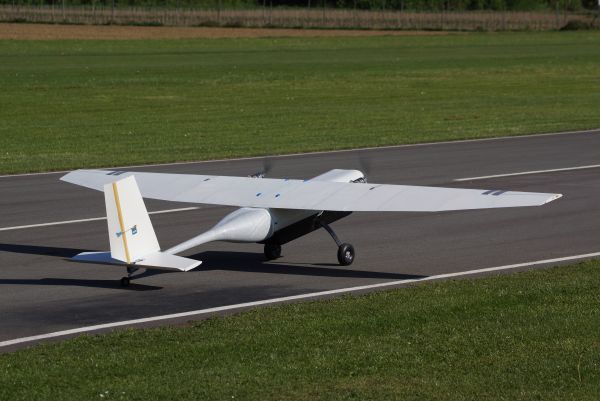 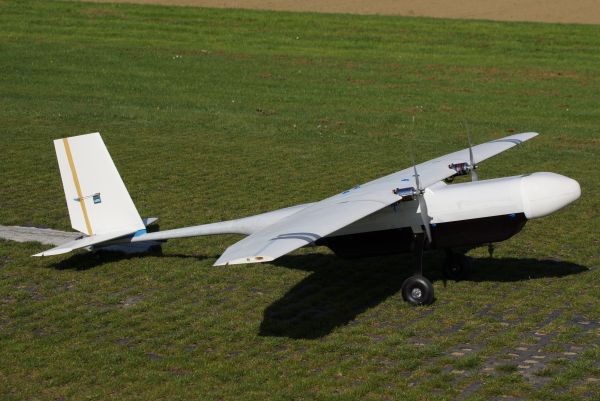 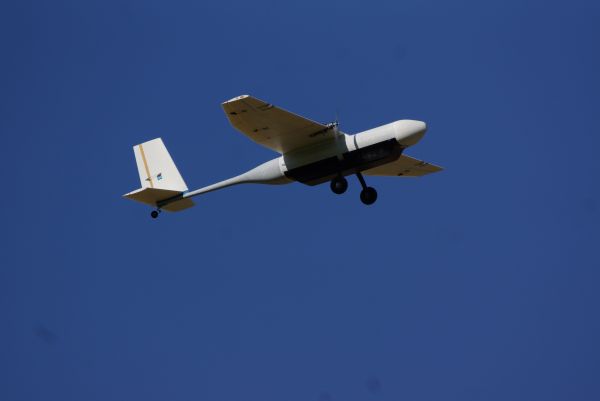